NDA 2020 Application Form can be filled till 28th January 2020. The exam will be conducted by Union Public Service Commission (UPSC). UPSC NDA entrance exam is a gateway for the aspirants who want to make their career in Indian Army, Navy and Air Force. This national level test is held twice (NDA I and NDA II) every year in the months of April and November.

Candidates have to first qualify the written test with the minimum qualifying marks and then appear for the SSB Interview round to get entry into NDA. After clearing the SSB round, qualified candidates will go through the medical examination and document verification process. Through this article, we have provided complete details regarding NDA 2020.

For National Defence Academy : Candidates should passed 10+2 Intermediate Exam in any Recognized Board.

For Naval Academy : Candidates should 10+2 Intermediate Class 12 Exam Passed/Appearing in Any Recognized Board with Physics & Mathematics as a Subject.

Nationality: A candidate must either be (i) a citizen of India, or ii) a subject of Bhutan, or (iii) a subject of Nepal, or (iv) a Tibetan refugee who came over to India before the 01st January 1962 with the intention of permanently settling in India, or (v) a person of Indian origin who has migrated from Pakistan, Burma, Sri Lanka and East African Countries of Kenya, Uganda, the United Republic of Tanzania, Zambia, Malawi, Zaire and Ethiopia or Vietnam with the intention of permanently settling in India

Age Limits, Sex and Marital Status: Only unmarried male candidates born not earlier than 02nd July 1999 and not later than 01st July 2002 are eligible.

(i) For Army Wing of National Defence Academy: 12th Class pass of the 10+2 pattern of School Education or equivalent examination conducted by a State Education Board or a University

(ii) For Air Force and Naval Wings of National Defence Academy and for the 10+2 Cadet Entry Scheme at the Indian Naval Academy: 12th Class pass of the 10+2 pattern of School Education or equivalent with Physics and Mathematics conducted by a State Education Board or a University

Candidates who are appearing in the 12th Class under the 10+2 pattern of School Education or equivalent examination can also apply for this examination.

Candidates who are appearing in the 12th Class under the 10+2 pattern of School Education or equivalent examination can also apply for this examination.

Such candidates who qualify the SSB interview but could not produce Matriculation/10+2 or equivalent certificate in original at the time of SSB interview should forward duly self attested Photocopies to ‘Directorate General of Recruiting, Army HQ, West Block.III, R.K. Puram, New Delhi110066’ and for Naval Academy candidates to ‘Naval Headquarters, DMPR, OI&R Section, Room No. 204, ‘C’ Wing, Sena Bhavan, New Delhi-110011’ by 24th December, 2018 failing which their candidature will be cancelled. All other candidates who have produced their Matriculation and 10+2 pass or equivalent certificates in original at the time of attending the SSB interview and have got the same verified by the SSB authorities are not required to submit the same to Army HQ or Naval HQ as the case may be. Certificates in original issued by the Principals of the Institutions are also acceptable in cases where Boards/Universities have not yet issued certificates. Certified true copies/photostate copies of such certificates will not be accepted.

A candidate who has resigned or withdrawn on disciplinary grounds from any of the training academies of Armed Forces is not eligible to apply.

Check the complete NDA exam pattern, before preparing for the written test:

Below in the table we have distributed the marks for each subject:

NDA Syllabus contain various topics from the subjects of Mathematics, English and General Knowledge. Complete syllabus can be checked by the students by online mode.

Below we have provided various topics included various subjects coming in the written test:

The question paper of English will be designed for testing the candidate’s understanding of English and workman like use of words. The syllabus covers various aspects like: Vocabulary, comprehension, Grammar and usage and cohesion in extended text to test the candidate’s proficiency in English

Candidate’s answers will show their intelligent understanding and knowledge of the subject.

Candidates can follow the below provided NDA preparation tips to enhance their preparation of exam:

(For subscribe study notes, deposited amount in the a/c given below and send us your postal address, medium and transaction details at this whatsapp no +91 8756987953)

Send us your Queries 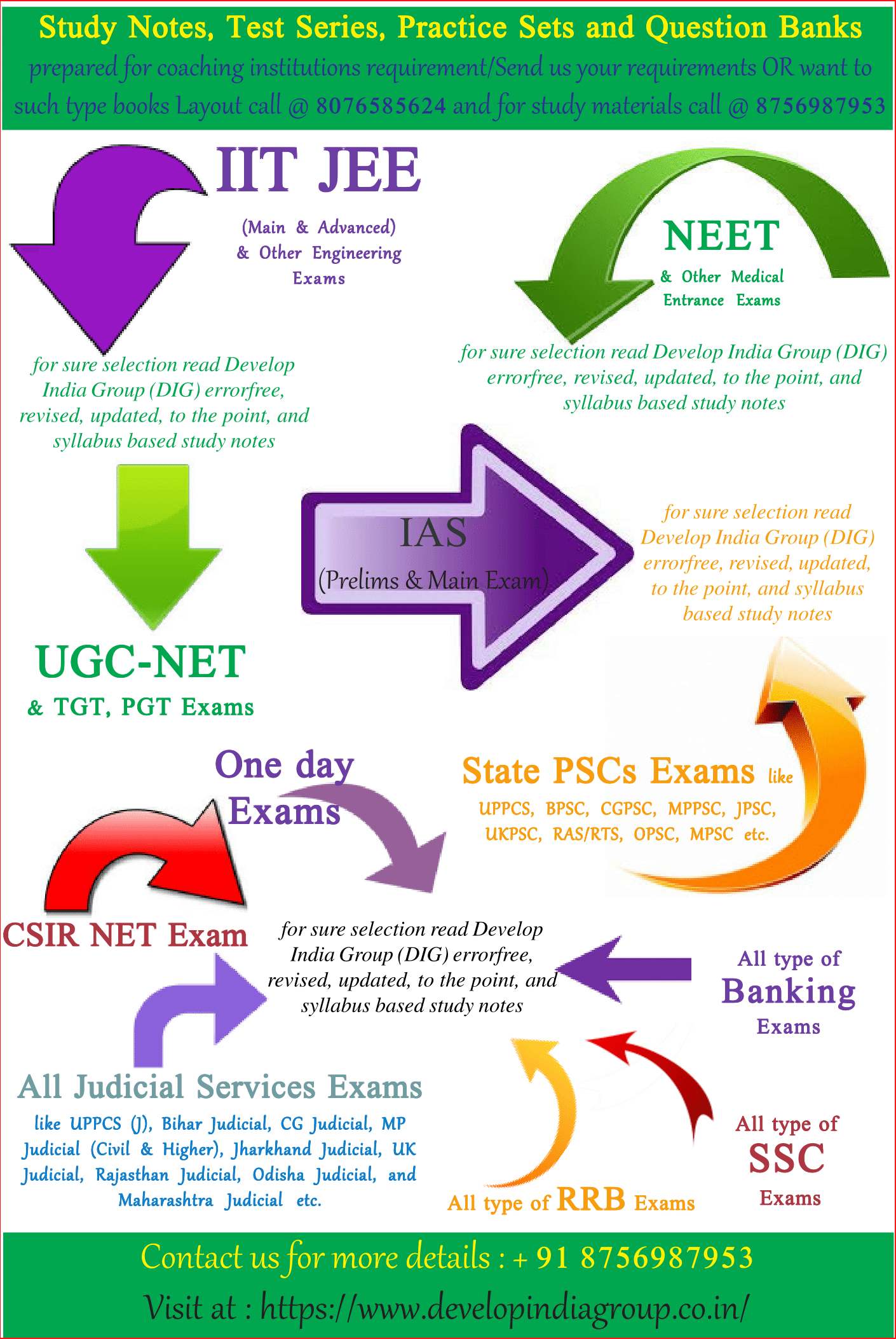